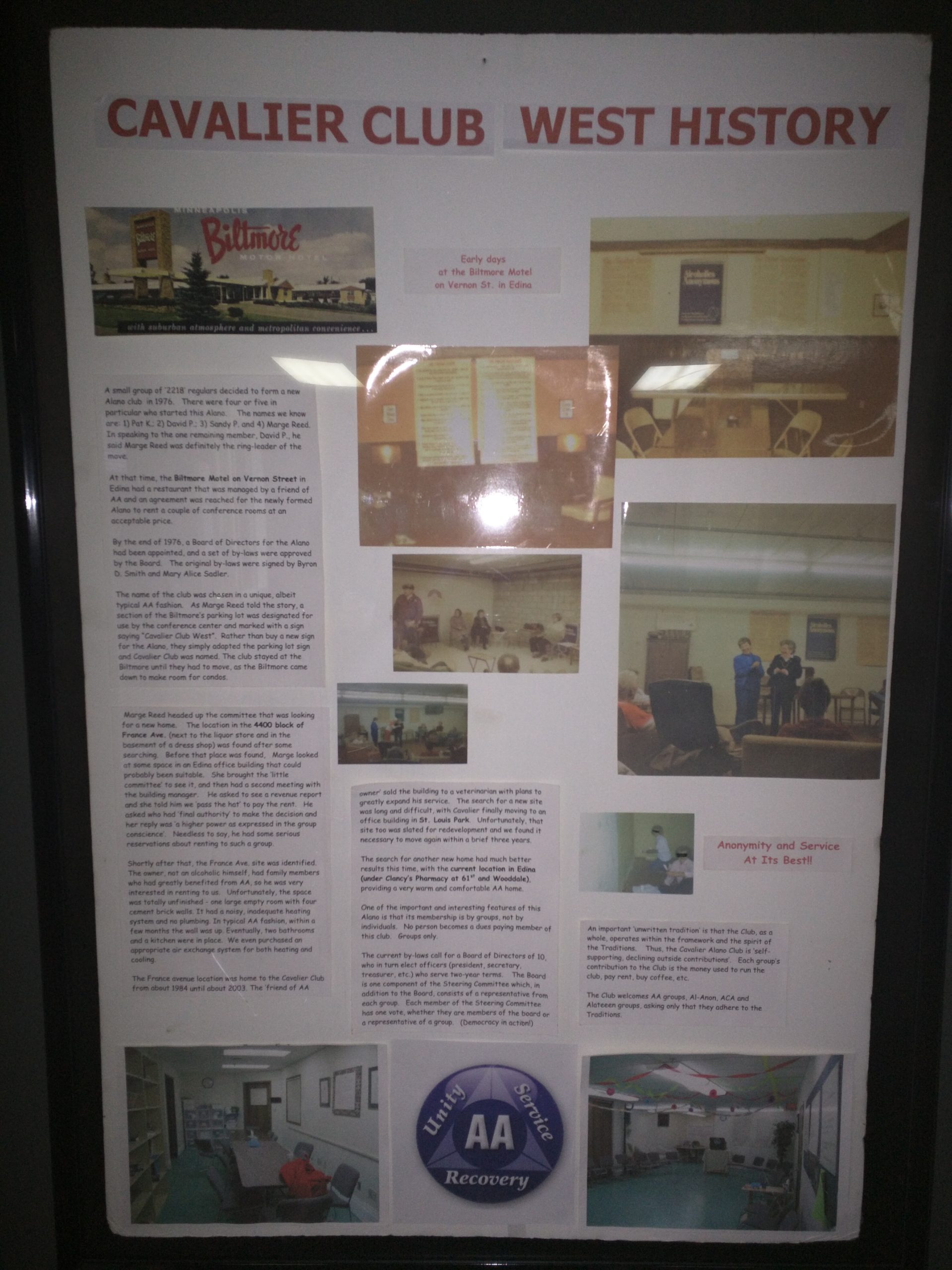 How we came to be:

A group of “2218” regulars decided to form a new Alano Club in 1976.  There were four or five in particular who started this Alano.  The names we know are:  Pat K., David P., Sandy P., and Marge Reed.  In speaking to the one remaining member, David P., he said Marge reed was definitely the ringleader of the move.

At that time, the Biltmore Hotel on Vernon Street in Edina had a restaurant that was managed by a friend of AA and an agreement was reached for the newly formed Alano to rent a couple of conference rooms at an acceptable rate.

By the end of 1976, a Board of Directors for the Alano had been appointed, and a set of by-laws were approved by the board.  The original by-laws were signed by Bryon S. and Mary S.